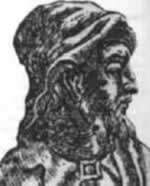 – Only bodies exist, but bodies are combinations of two fundamental principles, logos, a rational principle, and physis, a creative principle.

– God is nature: Logos, the rational principle, accounts for the order and unity of the universe; nature is thus intelligent and intelligible.

– Because God is nature, the universe as a whole is the best possible.

– Human beings, as opposed to plants and animals. have logos as their individual governing principle.

– Logos also defines the goal of life as virtue; the life of virtue is a life lived according to reason: It is the life of a philosopher.

– The virtuous individual finds freedom in limiting his or her desires to those things under one’s control and accepting all other externals as indifferent.

Epictetus was born a Roman slave in Hieropolis, in Asia Minor (the peninsula comprising most of modern Turkey). While still a slave, he began studying with the Stoic Musonius Rufus.

Shortly after his master freed him, Epictetus founded his own school in Nicopolis, Epirus.

Like Socrates, Epictetus wrote nothing. His teaching, based on early, rather than late Stoic doctrines has been preserved by one of his students, Arrian (known also for writing the history of Alexander the Great), in The Enchiridion, or Manual, and The Discourses, which are transcriptions of Epictetus’s lectures.

Epictetus developed a large following, even among early Christians, and in 90, the Emperor Domitian expelled him from Rome along with many other philosophers whose teachings he saw as dangerous to his tyranny.