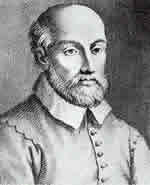 – There is no fixed human nature that remains identical regardless of time, place, and circumstance; human nature develops in accordance with self-knowledge and with insight into the essences of things.

– A Divine Providence gives human beings those nonrational creative capacities, operating on associative principles, that will produce false beliefs from which ones will follow.

– The ultimate goal of Providence is the preservation of humanity.

– Human history is knowable because human being have made it, just as nature is known to God because he has made it.

– Human beings will act for the sake of their own particular ends, but the socialized nature of those ends will bring about unforeseen changes in society itself.

– The subject of the new science is the world of nations.

Giambattista Vico (or Giovanni Battista Vico) was a Neapolitan philosopher, historian, and jurist.

Vico is famous for his concept of truth as an act, verum factum.

His major work is the New Science (Scienza Nuova), published in 1725 and, as a completely rewritten work, in 1730. His major idea — that truth is an act, is discussed in this work as a principle of history — that it is made by humans, and so humans are able to fully understand it, just like mathematics, which is product of human imagination.

Vico suggested study of tradition, mythology and language as methods for investigating history. He is believed to be the pioneer of ethnology. The historical life follows similar pattern — although not in details — in every nation, according to Vico. The first humans thought in mythical terms, universali fantastici or poetic characters. All nations begin by fantasia, the power of imagination and the age of gods which are needed to comprehend the world. After that, there comes a second age in which fantasia is used to form social institutions and heroes are used to inspire moral virtues. The third and final age is the age of rationality, in which humanity declines into barbarie della reflessione — barbarism of reflection. According to Vico, this is a cycle — gods, heroes and humans — which repeats itself within the world of nations, forming storia ideale eterna — ideal eternal history.

Vico was an isolated genius, who lived in near poverty and never met a thinker of equivalent magnitude. However, his views have influenced many philosophers in the nineteenth century. Karl Marx studied Vico, and owes much to him. Also, Vico’s notion verum factum anticipates pragmatism and pragmaticism of Charles Sanders Peirce. He was able to predict historical development of Europe with appalling accuracy. In the 20th century, his ideas of the myth and nation were embraced by James Joyce, as well as Edward W. Said.