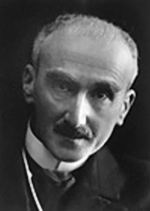 – There are two methods of intellectual inquiry: intuition and analysis.

– Analysis understands reality in terms of stability, predictability, and spatial location; intuition, on the other hand, experiences growth, novelty, and temporal duration.

– True donation is experienced only in the human person, and that duration is preserved in memory.

– Memory, while being informed by sense impressions, is not absolutely dependent upon the matter of the brain.

– Freedom is the personal event of self-creation.

– An inexhaustible, vital impulse orients all of creation to greater perfection and as such lies at the core of evolution.

– Mysticism, as ultimate transcendence, experiences the unity of all things and expresses itself in a call to universal love; this is the insight of dynamic religion and morality.

– Closed societies with their concern for social order and cohesion produce religions of authority, ritual, and hierarchy, as well as a morality focused on law.

In Paris from 1868 to 1878 Bergson attended the Lycée Fontaine, now known as the Lycée Condorcet. While there he won a prize for his scientific work and another, when he was eighteen, for the solution of a mathematical problem. This was in 1877, and his solution was published the following year in Annales de Mathématiques. It is of interest as being his first published work. After some hesitation over his career, as to whether it should lie in the sphere of the sciences or that of “the humanities,” he decided in favour of the latter, and when nineteen years of age, he entered the famous École Normale Supérieure. While there he obtained the degree of Licence-ès-Lettres, and this was followed by that of Agrégation de philosophie in 1881.

The same year he received a teaching appointment at the Lycée in Angers, the ancient capital of Anjou. Two years later he settled at the Lycée Blaise-Pascal in Clermont-Ferrand, préfecture (capital) of the Puy-de-Dôme département, a town whose name is usually more of interest for motorists than for philosophers, it being the home of Michelin tyres and the Charade Circuit racing track.

The year after his arrival at Clermont-Ferrand Bergson displayed his ability in the humanities by the publication of an excellent edition of extracts from Lucretius, with a critical study of the text and the philosophy of the poet (1884), a work whose repeated editions are sufficient evidence of its useful place in the promotion of classical study among the youth of France. While teaching and lecturing in this part of his country (the Auvergne region), Bergson found time for private study and original work. He was engaged on his Essai sur les données immediates de la conscience. This essay, which, in its English translation, bears the more definite and descriptive title Time and Free Will, was submitted, along with a short Latin thesis on Aristotle, for the degree of Docteur-ès-Lettres, to which he was admitted by the University of Paris in 1889. The work was published in the same year by Felix Alcan, the Paris publisher, in his series La Bibliothèque de philosophie contemporaine.

It is interesting to note that Bergson dedicated this volume to Jules Lachelier, then public education minister, who was an ardent disciple of Felix Ravaisson and the author of a rather important philosophical work Du fondement de l’Induction (On the Founding of Induction, 1871). Lachelier endeavoured “to substitute everywhere force for inertia, life for death, and liberty for fatalism.” (Note: Lachelier was born in 1832, Ravaisson in 1813. Bergson owed much to both of these teachers of the Ecole Normale Supérieure. Cf. his memorial address on Ravaisson, who died in 1900.)

Bergson now settled again in Paris, and after teaching for some months at the Municipal College, known as the College Rollin, he received an appointment at the Lycée Henri-Quatre, where he remained for eight years. In 1896 he published his second large work, entitled Matière et Mémoire. This rather difficult, but brilliant, work investigates the function of the brain, undertakes an analysis of perception and memory, leading up to a careful consideration of the problems of the relation of body and mind. Bergson had spent years of research in preparation for each of his three large works. This is especially obvious in Matière et Memoire, where he shows a very thorough acquaintance with the extensive amount of pathological investigation which had been carried out during the period, and for which France is justly entitled to a very honourable mention.

In 1898 Bergson became Maître de conférences at his Alma Mater, L’Ecole Normale Supérieure, and was later promoted to a Professorship. The year 1900 saw him installed as Professor at the Collège de France, where he accepted the Chair of Greek Philosophy in succession to Charles L’Eveque.

At the First International Congress of Philosophy, held in Paris during the first five days of August, 1900, Bergson read a short, but important, paper, Sur les origines psychologiques de notre croyance à la loi de causalité (Psychological origins of the belief in the law of causality). In 1901 Felix Alcan published a work which had previously appeared in the Revue de Paris, entitled Le rire (Laughter), one of the most important of Bergson’s minor productions. This essay on the meaning of “the comic” was based on a lecture which he had given in his early days in the Auvergne. The study of it is essential to an understanding of Bergson’s views of life, and its passages dealing with the place of the artistic in life are valuable.

In 1901 Bergson was elected to the Académie des Sciences morales et politiques, and became a member of the Institute. In 1903 he contributed to the Revue de metaphysique et de morale a very important essay entitled Introduction à la metaphysique (Introduction to Metaphysics), which is useful as a preface to the study of his three large books.

On the death of Gabriel Tarde, the eminent sociologist, in 1904, Bergson succeeded him in the Chair of Modern Philosophy. From the 4th to the 8th of September of that year he was at Geneva attending the Second International Congress of Philosophy, when he lectured on Le Paralogisme psycho-physiologique, or, to quote its new title, Le Cerveau et la Pensée: une illusion philosophique (The Mind and Thought: A Philosophical Illusion). An illness prevented his visiting Germany to attend the Third Congress held at Heidelberg.

His third major work, L’Evolution créatrice, appeared in 1907, and is undoubtedly the most widely known and most discussed. It constitutes one of the most profound and original contributions to the philosophical consideration of the theory of evolution. “Un livre comme L’Evolution créatrice,” remarks Imbart de la Tour, “n’est pas seulement une oeuvre, mais une date, celle d’une direction nouvelle imprimée à la pensée.” (A book such as Creative Evolution is not so much a work, but a milestone in print of a new direction of thought.) By 1918, Alcan, the publisher, had issued twenty-one editions, making an average of two editions per annum for ten years. Following the appearance of this book, Bergson’s popularity increased enormously, not only in academic circles, but among the general reading public.