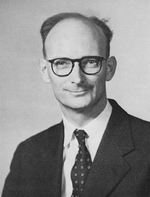 He strongly influenced analytic philosophy, urging that the use of words be closely examined and holding that the distinctions of ordinary language are more subtle than is usually realized.

In How to Do Things with Words (1962), he distinguished between constative utterances (statements or reports that can be found true or false) and performative utterances (such as promises, warnings, and commands).

He went on to refine his system of classification; it became the basis for speech act theory.