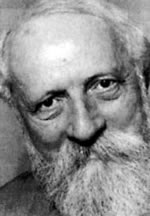 – The I-Thou approach to relationships is the only way people can be fully authentic; only a part of our being is expressed in the I-It relationship.

– Scripture and biblical commentary are of great importance but are not infallible.

– Religious law is not immutable but applicable to the times of its formulation.

– Zionism must incorporate Arabs as well as Jews.

– Cooperative efforts, such as in the ideal kibburizm, are to be encouraged, but collectivism is dangerous.

Martin Buber was born February 8, 1878 in Vienna as a child of a Jewish family; his grandfather, in whose house in Lvov Buber spent much of his childhood (his parents’ marriage had broken apart), was a very renowned scholar on the field of Jewish tradition and literature.

Buber studied in Vienna, Leipzig, Berlin, Zurich and soon entered the Zionist Movement, more for religious and cultural than for political reasons. He was the editor of a renowned Jewish magazine and lectured Jewish religion philosophy at the University of Frankfurt from 1924 to 1933. During that time, he worked together with Franz Rosenzweig (1886-1929) at the “Freies Jüdisches Lehrhaus”. And it was also Rosenzweig with whom together he translated the Old Testament into German.

In the first years of Hitler’s rule, he stayed in Germany until he had to emigrate in 1938, and from then on he lectured, interrupted by numerous journeys, at the Hebrew University in Jerusalem. He made many efforts for improving the understanding between the Israelis and the Arabs, in the postwar period also for reestablishing the dialogue with German thinkers and institutions. He died on June 6, 1965.