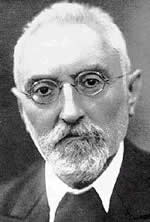 – History is the immediate historic moment that is happening, while intrahistory is an eternal, historical present.

– The intrahistory of Spain is its soul, that which is genuinely pure and vital.

– The landspace, language, and art of Castile express the soul of Spain.

– To find the soul of Spain is to modernize the nation.

– The inspiration for modernizing Spain is Don Quixote, who struggled to create his ideals against the conventions of society.

– Don Quixote inspires individuals to find thir humanity in the tensions of life, that is, in reason and faith, and in life and death.

– To live these tensions is to live tragically and to live in this tragic sense is to live authentically.

– The real problem of human life is death.

– To agonize, which means to fight against death, is immortality.

Main themes in his works are contrasts between reason and Christian faith, religion and freedom of thinking, and the tragedy of death in man’s life, in which reason offers no consolation. As a philosopher Unamuno did not create a systematic presentation of his thought. He objected strongly to academic philosophers and stressed that the deepest of all human desires is the hunger for personal immortality against all our rational knowledge of life. Unamuno wrote his works in Spanish, although his mother tongue was Basque.

Miguel de Unamuno y Jugo was born in Bilbao as the third of six children of Félix Unamuno, a proprietor of a bakery shop, and Salomé de Jugo, who was also his niece. When his father died Unamuno was brought up by an uncle. In his childhood he witnessed during the siege of Bilbao the violence between traditionalist and progressive forces. This experience left deep traces in his political thinking. Unamuno studied in his native city at the Colegio de San Nicolás and the Instituto Vizacaíno. In 1880 he entered the University of Madrid, where he studied philosophy and letters, receiving his Ph.D. four years later. Unamuno’s dissertation dealt with the origin and prehistory of his Basque ancestors.

Unamuno’s early years were deeply religious but in Madrid he started to visit the Ateneo, sometimes called the blasphemy center of the city. In its library he read works of liberal writers. After completing his doctorate Unamuno worked as a private tutor in Bilbao, where he also founded with his friends the socialist journal La Lucha de Clases. From Bilbao he moved to Salamanca, to assume the chair of Greek at the University.

In 1891 he married Concepción Lizárraga Ecénnarro; they had ten children. In 1896-1897 he went through a religious crisis, which shattered his belief in finding a rational explanation of God and meaning in life. From universal philosophical constructions and outer reality he turned his attention to the individual person, inner spiritual struggles in the face of questions of death and immortality. Unamuno once stated: ‘Wisdom is to science what death is to life or, if you will, wisdom is to death what science is to life.’ Seeing that reason leads to despair, Unamuno concluded that one must abandon all pretence of rationalism and embrace faith.

In 1901 Unamuno became rector of the university; he held the post intermittently until his death. He was relieved of his duties because of political reasons for the first time in 1914. In 1924 he was exiled to Fuerteventura in the Canary Islands for opposing the military dictatorship of General Primo de Rivera. After a few months, he escaped to Paris, where his friends helped him create attention internationally to his exile. He then settled in Hendaye, the French Basque town nearest to the Spanish frontier, where he spent five years. General Rivera died in 1930 and Unamuno returned to the University of Salamanca, and was reelected rector in 1931. He worked as the professor of the history of the Spanish language, but in 1936 he was removed once again – this time denouncing Francisco Franco’s Falangists. Unamuno was placed under house arrest. He died in Salamanca on December 31, 1936, a few months after the outbreak of the Spanish Civil War.

Unamuno mastered 14 languages. In order to read Kierkegaard in the original language he learned Danish.

One of Unamuno’s most stimulating works is The Life of Don Quixote and Sancho (1905), in which the heroic and tragic knight assumes the virtues of Christ. Quixote is the crystallization of our wish to overcome our destiny. With his unyielding will to create new spiritual values in the world of materialism, Don Quixote finally solves his existentialist quest: ‘I know who I want to be.’ In an introductory essay called ‘The Sepulchre of Don Quixote,’ the Spaniards are asked to find Don Quixote’s tomb, and after many wandering, they conclude that there is no tomb, that they must think Don Quixote only as the incarnation of the Spanish mind. Unamuno draws parallels between Don Quixote and the life of the founder of the Jesuit order, Ignatius of Loyola.

Unamuno’s thoughts influenced among others the Nobel writer Juan Ramón Jiménez (1881-1958) and Antonio Machado y Ruiz (1874-1947). The English writer Graham Greene wrote in his book of memoir, Ways of Escape (1980), that he had read Life and Death of Don Quixote and forgotten it, but after publishing the short story ‘A Visit to Morin’ and later the novel A Burnt-Out Case (1961), he noted that he shared the same distrust of theology. ‘Faith which does not doubt is dead faith,’ Unamuno once said. And in Ways of Escape Greene wrote: ‘The Catholic solution of our problems, of our unique vital problem of the immortality and eternal salvation of the individual soul, satisfies the will, and therefore satisfies life; but the attempts to rationalize it by means of dogmatic theology fail to satisfy reason. And the reason has its exigencies as imperious as those of life.’