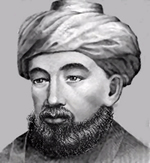 – The study of philosophy and traditional Jewish law can be brought into harmony.

– The existence of God is subject to rational demonstration.

– Unity, incorporeality, and priority are qualities of God.

– Prophecy is a degree of mental and moral perfection to which all may aspire.

– The entire Torah is a divine revelation.

– The highest faculty of the soul is the intellect, and its highest function is to discern the true and the false.

– Kindness, righteousness, and judgment should motivate the moral life.

– The purpose of life is to convert the potentiality of perfection into the actuality of it.

Moses Maimonides, also known as Moses ben Maimon, was one of the foremost intellectuals of medieval Judaism.

He spent his entire life among the Muslims, practicing his faith in private while earning the respect and admiration of the sultans as a legal scholar, a philosopher, and a physician.

The scion of a family of wealthy merchants, Maimonides originally hoped to be able to dedicate himself to rabbinical studies, but after the death of his brother in a shipwreck that ruined the family business, he was compelled to study the healing arts. His fame as a physician soon became widespread, and he had no difficulty supporting his family.

He moved to Egypt and became the court doctor to Sultan Saladin (1137/8-1193), the famous Islamic military leader. He also became the acknowledged head of the Jewish community in Fostat, near Cairo. In his spare time he wrote many volumes on Jewish legal tradition and philosophy.

He is best known for his lexicographic works in logic and his piece on the relationship of reason to religion, A Guide to the Perplexed. Like his Islamic counterpart, Averroes, Maimonides considered philosophy and religion to be mutually supportive. He also thought more attention should be paid to making Judaism consistent with rational thought. He died in Egypt on December 13, 1204.