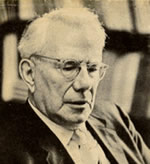 – Human beings are ultimately concerned with the fundamentals of being and meaning.

– God, as Being Itself, is the essential ground and source of all natural and intelligible structures of reality.

– Beings from their essense manifest what they are and what they ought to be in their dynamic acts of transcendence.

– True symbols and myths participate in what they present and as such serve as avenues to the depth of being.

– All reality can be potentially sacramental, for all reality is the interplay of the finite with the infinite.

– When the essence of being is manifested in existence, it is in a state of alienation, in human beings, this is experienced as the encounter with nonbeing and in all the acts by which the finite seeks to make itself absolute.

– In the movement from essence through existence to essentialization, human beings seek to overcome, by God’s grace, the gap between essence and existence.

– The Christian understanding of the Incarnation is that the deficiencies of the human ecistential situation have become absolutely united with the ground of all being, such that Christ conquers all the negativity of existence.

Tillich was born in Starzeddel, Germany, in 1886. From 1904 to 1909 he studied at universities in Berlin, Tubingen, and Halle, and in 1910 he received the Ph.D. degree from the University of Breslau. He was ordained in the Evangelical Church of the Prussian Union, Berlin, in 1912, and served as an army chaplain on the Western front during World War I.

On April 13, 1933 Tillich’s position was suspended by the Nazi government, and on November 3, he arrived in New York, where, until 1937, he was Visiting Professor of Philosophy of Religion and Systematic Theology at Union Theological Seminary; at Union, he served as Associate Professor of Philosophical Theology (1937-1940) and Professor (1937-1955).

From 1955-1962, he was University Professor at Harvard, and during his last three years, the Nuveen Professor Theology in the Divinity School, University of Chicago.