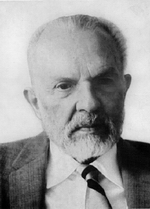 In 1898, after his father’s death, his family moved to Barmen, where Carnap studied at the Gymnasium. From 1910 to1914 he studied philosophy, physics and mathematics at the universities of Jena and Freiburg. He studied Kant under Bruno Bauch and later recalled how a whole year was devoted to the discussion of The Critique of Pure Reason. Carnap became especially interested in Kant’s theory of space. Carnap took three courses from Gottlob Frege in 1910, 1913 and 1914. Frege was professor of mathematics at Jena. During those courses, Frege expounded his system of logic and its applications in mathematics. However, Carnap’s principal interest at that time was in physics, and by 1913 he was planning to write his dissertation on thermionic emission. His studies were interrupted by World War I and Carnap served at the front until 1917. He then moved to Berlin and studied the theory of relativity. (At that time, Albert Einstein was professor of physics at the University of Berlin.)

After the war, Carnap developed a new dissertation, this time on an axiomatic system for the physical theory of space and time. He submitted a draft to physicist Max Wien, director of the Institute of Physics at the University of Jena, and to Bruno Bauch. Both found the work interesting, but Wien told Carnap the dissertation was pertinent to philosophy, not to physics, while Bauch said it was relevant to physics. Carnap then chose to write a dissertation under the direction of Bauch on the theory of space from a philosophical point of view. Entitled Der Raum (Space), the work was clearly influenced by Kantian philosophy. Submitted in 1921, it was published the following year in a supplemental issue of Kant-Studien.

Carnap’s involvement with the Vienna Circle developed over the next few years. He met Hans Reichenbach at a conference on philosophy held at Erlangen in 1923. Reichenbach introduced him to Moritz Schlick, then professor of the theory of inductive science at Vienna. Carnap visited Schlick – and the Vienna Circle – in 1925 and the following year moved to Vienna to become assistant professor at the University of Vienna.

He became a leading member of the Vienna Circle and, in 1929, with Hans Hahn and Otto Neurath, he wrote the manifesto of the Circle.

In 1928, Carnap published The Logical Structure of the World, in which he developed a formal version of empiricism arguing that all scientific terms are definable by means of a phenomenalistic language. The great merit of the book was the rigor with which Carnap developed his theory. In the same year he published Pseudoproblems in Philosophy asserting the meaninglessness of many philosophical problems. He was closely involved in the First Conference on Epistemology, held in Prague in 1929 and organized by the Vienna Circle and the Berlin Circle (the latter founded by Reichenbach in 1928). The following year, he and Reichenbach founded the journal Erkenntnis. At the same time, Carnap met Alfred Tarski, who was developing his semantical theory of truth. Carnap was also interested in mathematical logic and wrote a manual of logic, entitled Abriss der Logistik (1929).

In 1931, Carnap moved to Prague to become professor of natural philosophy at the German University. It was there that he made his important contribution to logic with The Logical Syntax of Language (1934). His stay in Prague, however, was cut short by the Nazi rise to power. In 1935, with the aid of the American philosophers Charles Morris and Willard Van Orman Quine, whom he had met in Prague the previous year, Carnap moved to the United States. He became an American citizen in 1941.

In the 1940s, stimulated by Tarskian model theory, Carnap became interested in semantics. He wrote several books on semantics: Introduction to Semantics (1942), Formalization of Logic (1943), and Meaning and Necessity: A Study in Semantics and Modal Logic (1947). In Meaning and Necessity, Carnap used semantics to explain modalities. Subsequently he began to work on the structure of scientific theories.

His main concerns were:

(i) to give an account of the distinction between analytic and synthetic statements, and

(ii) to give a suitable formulation of the verifiability principle; that is, to find a criterion of significance appropriate to scientific language.

Other important works were “Meaning Postulates” (1952) and “Observation Language and Theoretical Language” (1958). The latter sets out Carnap’s definitive view on the analytic-synthetic distinction. “The Methodological Character of Theoretical Concepts” (1958) is an attempt to give a tentative definition of a criterion of significance for scientific language.

Carnap was also interested in formal logic (Introduction to Symbolic Logic, 1954) and in inductive logic (Logical Foundations of Probability, 1950; The Continuum of Inductive Methods, 1952).

Carnap was working on the theory of inductive logic when he died on September 14, 1970, at Santa Monica, California.