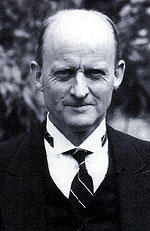 – The nature of the human being is flawed in its inclination to pride and power, but it exists in freedom under the shadow of God, is endowed with moral capacity, and in individual terms, can approach the ideal of Christian love.

– God acts in history but is also hidden from history and cannot be known but by incomplete reason and completed faith.

– The ‘self’ struggles for spiritual authenticity, which can be located only in historical existence.

– The moral endowment of the modern individual is thus destined to labor in a social cintext that, by its own very nature, both precludes ant full realization of ideal possibility and makes social justice always a proximate affair.

– Nonetheless, history – life in a world full of tragic potentiality – demands absolute seriousness as the ‘theater’ of redemptive possibility, an ultimate ‘stage’ whereon the highest measures of justice are to be sought.

– The Christian vision, rooted in biblical revelation, is the only source and ground for a sense of life ‘beyond tragedy’.

Reinhold Niebuhr was one of the seminal religious thinkers of the 20th Century. As a theologian, ethicist, and pastor, he worked to make the Christian faith comprehensible to and responsible for the modern world. The legacy of Reinhold Niebuhr, along with his brother, H. Richard Niebuhr, is a socially enaged tradition of thoughtful Christian activism, and a realistic and sober recognition of the limits and possibilities of human aspirations.

Niebuhr began his career as the pastor of a German Reformed congregation in Detroit, but very quickly grew to national prominance as a writer and speaker on the issues of his time — war, poverty, racism, and social inequality. He stood for a progressive Christianity that believed in making a positive difference in the world.

As his theology matured, he came to argue that the human capacity for evil could not be easily overcome by simple appeals to the love of God and neighbor. In rejecting those versions of the Social Gospel movement that seemed to be too reliant on a niavely optimistic assessment of human nature, he began to develop his own approach, which came to be known as “Christian Realism.” This realism stood in contrast both to the idealism of Christian pacifists and socialists who believed that social change could be brought about by pure moral suasion, and the cynicism of the more Machiavellian brand of realism, that believed that politics was a realm of power not subject to moral critique. Niebuhr sought a middle way between these two positions, recognizing politics as the realm of the strugggle for power, but affirming the need for principle to underlie and uphold the human conscience in that struggle.