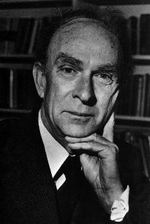 Peter Frederick Strawson, British philosopher, a graduate of Oxford, was born in 1919.

An influential spokesman for so-called ordinary language philosophy, he began teaching at Oxford in 1947 and from 1968 to 1987 was Waynflete Professor of Metaphysics.

In an early article, “On Referring” (Mind, 1950), he disputed Bertrand Russell’s theory of definite descriptions, drawing a distinction between referring to an entity and asserting its existence.

In his first book, Introduction to Logical Theory (1952), Strawson studied the relationship between common language and the language of formal logic.

Later his concern shifted to what he calls descriptive metaphysics, a description of the actual structure of our thought about the world. His development of and work in this area revived interest in metaphysics as a respectable philosophic enterprise.