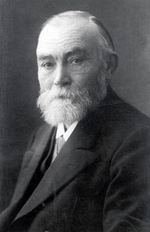 Frege was born in Wismar.

He started studying at the University of Jena in 1869 and moved to GĂ¶ttingen after two years, where he received his Ph.D. in 1873.

After returning to Jena two years later, he became lecturer of mathematics.

In 1879, he was made associate professor and in 1896 became professor of mathematics.