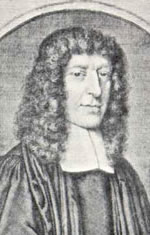 – There is an ancient wisdom (prisca theology), known to all peoples.

– We can have only limited knowledge of God.

– All people, even atheists, have an idea of God.

– The political explanation of religion is not adequate to explain Christianity.

– A survey of religious knowledge, pagan and Judeo-Christian, shows what true religion is.

– There is a rational basis for moral behavior.

His two major works, The True Intellectual System of the Universe (1678) and A Treatise Concerning Eternal and Immutable Morality (1731), were influential among the New England Transcendentalists and provided crucial support for Ralph Waldo Emerson’s belief in the infallibility of intuition.

Cudworth’s writings, commended by Clarence Gohdes as the “background of New England thought,” refute Hobbesian materialism, embrace the new science of the 1600s, and emphasize the dynamic workings of the human mind.